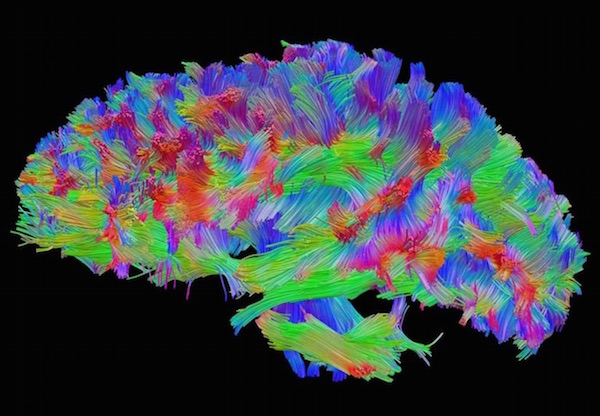 To understand how we can make a difference, it’s necessary to first understand what is Alzheimer’s disease. What does it do to the body? Who are the players involved?

Rare genetic mutations account for 5% of Alzheimer’s occurrences. They usually come with early onset, during middle age. The vast majority of cases develop after the age of 65, making age the biggest risk factor.

Two proteins found in the brain are linked to Alzheimer’s: amyloid-beta and tau. Amyloid-beta proteins clamp together and form plaques. Tau proteins decay and result in tangles. Together, the plaques and tangles have two main effects on the brain:

When they are not adequately maintained neurons die and parts of the brain shrink, in particular the hippocampus, an important player in forming new memories. As a result, thinking, creating or retrieving memories become increasingly complex or impossible.

I am daily learning
To be the reluctant guardian of your memories.
There was light in those eyes;  I miss that.

So far all medical trials have failed to develop an effective treatment to cure or even slow down the progression of the disease. Most research has focused on curing patients with mild symptoms of dementia. However, it’s well documented that beta-amyloid plaques may have been forming in the brain up to 20 years prior to the first Alzheimer’s symptoms. By the time the first signs are noticed, it may well be way too late for the situation to be reversed or even stabilized. Many prominent researchers in the field now believe that any attempt at prevention or a cure has a better chance to work by intervening much earlier. Unfortunately, prevention trials are very long and costly so none have been started so far. Financial efficiency dictates to first find signs for the illness and then act on them. That’s how each trial has been design so far.

Results! Why,  man,  I have gotten a lot of results!

Just like the long series of trials and errors that Edison went through to invent the light bulb, all the failed research have at least gotten us that much closer to finding a cure to Alzheimer’s disease. Today is the time. I want to invite you to do your own personal research. There is no time to lose to take care of the health of your brain. Maybe you could rally your friends and family with you. You could be paving the way not only to your healthy older years but to a direly needed social solution as well.

The latest scientific discoveries point in the same direction. “In Alzheimer’s, there are accumulations of big protein chunks in the brain. We think they may be accumulating in the brain because they’re not being efficiently removed by these [lymphatic] vessels.” said Jonathan Kipnis, Director of the Center for Brain Immunology and Glia (BIG), reporting about the new-found connection between the brain and the immune system discovered by his team at the University of Virginia School Of Medicine in 2016. If Kipnis is right, what is really needed to change the course of Alzheimer’s disease is to improve the drainage of the brain and prevent the accumulation of these big proteins.

Alzheimer’s occurs when proteins in the brain are over produced and under cleared. The balancing act is the duty of two main agents:

Unfortunately, over time restrictions in and around the brain occur and these two main cleaning agents become less efficient. Glial cells need stimulation and the pathways of the CSF require regular maintenance to remain open, just like the water system in your house.

Actually, Manual Therapy has the potential to restore brain balance. An advanced Manual Therapist has the skill to find restrictions in and around the brain and facilitate releases necessary for proper circulation of the cerebrospinal fluid (CSF). The light touch allows for the precision needed to stimulate the vitality of the glial cells. With the open pathways and dynamic glial cells, the body has the resources to clear the proteins and maintain a healthy functioning brain.

Manual Therapy has always relied on a few simple but effective principles:

Do we really need to wait for all the nitty gritty details of the immune system to be understood by science or could we again rely on the body’s natural ability and willingness to heal itself ? Could it be that by using touch as well as precise anatomical and physiological knowledge, Manual Therapists could again stimulate the body’s inner intelligence for maintenance, neuroplasticity and recovery?

An ounce of prevention is worth a pound of cure.

If you have received a Manual Therapy session you have already experienced first-hand how it improves fluid flow in and around your nervous system. You know you can rely on your regular sessions to clear a large array of issues including fogginess, difficult concentration, fatigue, headache, migraines and the like. How does it feel to learn that in receiving the work you already enjoy, you are actually preparing a healthier future for yourself and your community?

Clinical studies have already provided scientific evidence to your personal experience and a basis to these hypotheses. A study including spect scans before and after a 30 minute Manual Therapy treatment has shown increased circulation in and around the brain as well as significantly decreased levels of inflammation. Brain functionalities can be restored. By combining Manual Therapy and brain training, the hippocampus starts to grow again. Neuroplasticity is not only an amazing lab concept, it’s a reality and it starts on the treatment table.

Other avenues can be explored in parallel with Manual Therapy. The immune system, while eagerly trying to defend us, produces so much protein that it becomes plaques and tangles. What is the immune system trying to fight so ardently? Be on the lookout for a coming blog entry which will propose health habits and life styles you can adopt to reduce the risk for the immune system to lay down these proteins. This behavior is part of a larger process you already know called inflammation. In reducing your inflammation level, you will be helping your body to stay clear of many illnesses like cardiovascular disease or high blood pressure and diabetes. While these illnesses are a plague in their own right, cardiovascular disease and diabetes are both health issues that also increase the risk of developing  Alzheimer’s disease. Did you know Alzheimer’s disease is called Type 3 Diabetes by functional medicine doctors? We will come back to this subject.

Here is what is at stake. The casual way we were treating our body in the past was working with a life expectancy of 50 or 60 years. Now that a lot of us live long into our 80s and 90s, the question arises: which steps do we take to enjoy these extra years in good health? Will your golden years be chair bound, forgetful to the point of not recognizing your own children or will you enjoy the freedom of a healthy retirement, independent and full of energy to tackle hobbies, travels and quality time with loved ones?

Mind And Body Responding More Readily Than An In-Person Session.