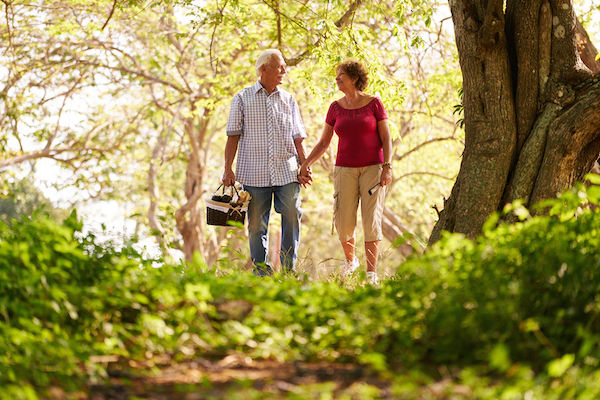 It hurts to know you will never remember the things I will never forget.

Do you know somebody affected by Alzheimer’s disease? I hope you don’t. But with 5 million Alzheimer’s patients in the United States alone, chances are somebody in your close circle is affected. You likely know as well how difficult it is to live with this illness. Alzheimer’s may start with forgetfulness or the same questions repeated a little too frequently. This disease, the most common cause of dementia among older adults, first eats away memory, then thinking ability and eventually basic everyday skills like brushing your hair. Later, even the ability to recognize a loved one withers away. Over time, the person forgets to eat, drink or even breathe. Alzheimer’s disease is the sixth leading cause of death in America.

The alarming figures announce the crisis looming over us and the urgency to address the risks of Alzheimer’s disease, be it for our health, our society or our wallet. In case you were wondering, the financial picture of Alzheimer’s disease is just as bleak as the chances for researchers to find an effective cure in the short term. When it comes to the cost of care, Alzheimer’s is a record breaker. In 2010, a study funded by the National Institute on Aging estimated that it cost up to $215 billion a year to care for dementia patients, surpassing heart disease ($102 billion) and cancer ($77 billion) combined.

Since the vast majority of patients affected are over 65 years old, tax dollars currently support most of the burden through Medicare. This means that the care of the growing population of Alzheimer’s patients alone has the potential to bankrupt Medicare and the entire health system.

Younger generations need to think long and hard on how they want to face this challenge personally and as a society. Given the bleak financial and curative outlook, doing one’s part in finding new avenues to prevent Alzheimer’s disease turns out to be as much a civic duty as a personal endeavor. However, I would not want to address this subject without reporting first on scientific and case studies that have assessed the gift Manual Therapy can bring to deeply affected Alzheimer patients.

Manual Therapy is a cost effective, noninvasive, side-effect free therapeutic modality with a light touch. For decades Manual Therapy has proven to be a strong supporter of health and wellness for the very fragile elderly population.

Each person is absolutely unique. Refer to your Manual Therapist for a complete list of conditions that can be addressed and to learn what treatment would be appropriate in your personal situation.

In a study conducted in 2008 in a nursing home focusing on Alzheimer’s and dementia patients, the same treatment of basic Manual Therapy was administrated to residents diagnosed with moderate to severe symptoms for 5 minutes. Certified nursing staff, trained in using an observation inventory, rated the participants before, during and after the treatment phase. They noted statistically significant improvements in behaviors during the study but also improvements well after the treatment phase of the study concluded.

Benefit for Alzheimer’s and dementia observed during the 2008 study

In the long term, this means that if a nursing home was to invest in Manual Therapy, certain positive changes would certainly happen. Currently, an agitated patient renders the work of nursing staff much more complex and extremely time consuming. Most of the time, this issue is managed by administrating heavier medication to the agitated patient. It is not unreasonable to believe that if the patient was less agitated after receiving Manual Therapy there would be less need for calming medication, which would be beneficial for the health of the patient. Calmer patients would facilitate the duties of the nursing staff as well, making daily life much more enjoyable for everybody.

Grieving your loved one when they are here,

Only to grieve them again when they are gone.

Alzheimer’s disease does not only affect the afflicted. As a young woman caring for her mother puts it: “You can never understand the effect it has on your life. It’s one thing to be the parent of your children, but to be the parent of your parent is different.” By attacking the memory, Alzheimer’s disease is an assault to the essence of a person. It wreaks havoc in the life of the caregivers, too.

With an American developing Alzheimer’s disease every minute and an aging baby boomer population, the most conservative projections estimate that by 2050, 15 million Americans could be afflicted. If you include caregivers, this means that Alzheimer’s disease could become the center of life for 30 million Americans or more. We will all live with this affliction in one way or another. It’s time to take responsibility for ourselves as much as for our community.

It occurred to me that at one point it was like I had two diseases:

and the other was knowing I had Alzheimer’s.

Be on the lookout for next entry blog:

We remember their love

when they can no longer remember.

A Path To Accepting And Peaceful Living Together